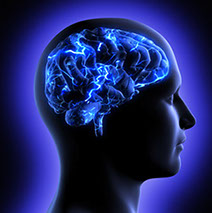 We all have habits, patterns, or issues that we wish to change, such as managing our relationships with others, our weight, strong emotions, or our work accomplishments. For many people, these habits are so troubling they wish they could have them removed from their psyche, like some sort of modern day “psycho-surgery”.

I have contended for many years that as much as we wish that un-helpful habits could literally be removed from our brains, the unfortunate truth is that these habits have been ingrained in us so long through repeated practice that it is unlikely that they could ever be changed. It’s as though these patterns, which consist of how we think, feel and act, “cut a groove” in our brains, forming a circuit that gets easier to access and moves faster each time we repeat the pattern. It eventually happens so quickly that it feels automatic and unchangeable. Advances in science confirm that our actions can be traced with instruments that measure brain activity, and that many of our habits do in fact have corresponding brain circuits.

So, if the unhelpful patterns can’t be removed, what hope do we have for positive changes? I believe that positive change and growth comes from creating new habits and patterns that create an alternate brain circuit that, over time, can compete with the old pattern and provide a powerful positive alternative. I refer to this as “cutting a new groove”. When we cut new grooves, we are literally establishing new circuits in the brain, and when we repeat the new, positive habits, we are ingraining this new groove, which is crucial if we ever hope for it to compete with our old, deeply ingrained, grooves. So, how do we cut these grooves.

CUTTING A NEW GROOVE IS HARD AT FIRST 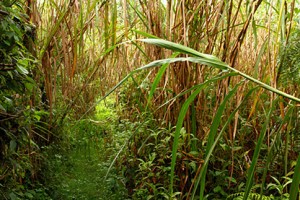 A trail through the jungle thickly overgrown with plants and bushes.

Imagine for a moment that you are a villager in the amazon where your ancestors have lived for centuries. For hundreds of years, your people have walked the same path to the river. This path is well worn. There is no grass on the path and the thick vegetation of the jungle has receded around the path, accommodating the human form that frequently walks through it. It typically takes about an hour to get from the village to the river, a fact of life that people have simply accepted. But, in one of the odd strokes of life that sometimes occurs, you are visited by outsiders who wish to learn about your village. They reach your village by helicopter and begin speaking to you about life in your village. They take you in their helicopter so you can help them understand the typical movement patterns of the villagers. However, while in the helicopter, you look down upon the terrain you’ve walked for years and notice that your well-worn path to the river is incredibly inefficient and long. It is obvious to you that you could arrive at the river in half the time if you took a left turn at one distinct point of the path. The problem, of course, is that to take this new route requires going through very thick jungle. It is a daunting task indeed, and to try it the first time would probably take 10 times as long as usual, and would be very hard work. But, once a new path is established, it can cut that walk in half.

At sunrise the next day, you go to the path with your trusty machete in hand, and at that crucial “switch point” in the path, you begin cutting. It’s hard, but your conviction to create something new and helpful for yourself and your village spurs you along. Despite your motivation to make things better, you consider quitting at several points in the day because of the sheer difficulty of the labor. However, you talk yourself through these moments of doubt, and just prior to sun down, you find yourself at the river.

WITH NEW GROOVES, ITS “USE IT OR LOSE IT”

To your surprise, your family and friends don’t jump up and congratulate you on this amazing new path you’ve cut. People are creatures of habit and don’t readily trust new things. They’re doubters! They remain inclined to take the old path because that’s what they know. As it turns out, you have to do more than just cut the path to make things better for you and the villagers. You have to push and motivate people to go down that path, and they need to do it sooner rather than later. This is very fertile jungle. If no one goes through it, it won’t take long for the path to become overgrown.

Slowly but surely the villagers start taking the path and you notice that it starts to get bare on the ground. The vegetation gradually begins to recede, creating the outline of the human form. It gets easier and easier to go down this path. After a few months of using the new path, you notice that the old path starts to get a bit overgrown, not as bare, and definitely not as appealing to the villagers.

You’ve now created a viable alternative to the old path! 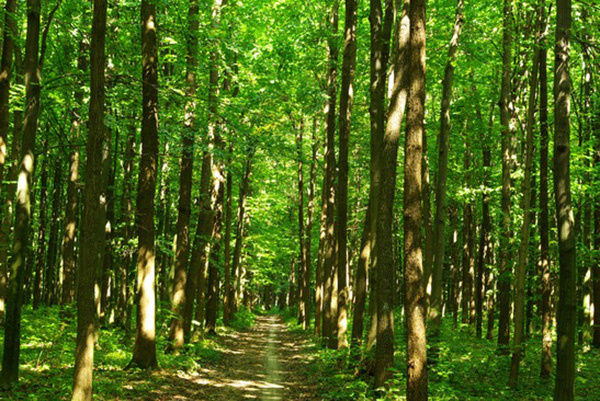 “Cutting a new groove” is a way of discussing and visualizing Cognitive Behavior Therapy, a long standing psychological approach to behavior change. The major components of this theory are:

A key belief of this approach is that thoughts cause feelings.

Often, when we are confronted with intense triggers, it seems that the trigger causes the feeling. For instance, if your friend curses at you, you might say that, “my friend made me angry”. But, suppose you thought that your friend cursed at you because your friend was having a reaction to a new medication. You might not feel angry. Instead you could feel sympathy. How you thought about or interpreted your friend’s outburst is what caused your feeling. Likewise, if you felt angry at your friend’s outburst it means you interpreted the cursing as unnecessary or unfair or mean, and that interpretation is what led to your angry feeling.

The idea that how we think about events is what causes our feelings and subsequent actions gives us choice and power. If we have responses to triggers that we believe are unhelpful, we may be able to change our responses if we can find different, and believable, ways to think about those triggers. Finding a different way to think about the trigger is the key to cutting a new groove.

But, the force of habit is powerful. Our thoughts about triggers often happen so automatically and quickly we don’t even recognize that we have them. This is why we need to step back, slow down and dissect the process, and then gradually build new thoughts and responses to triggers –